Live Music With Box Of Rox – Fozzys
Skip to content 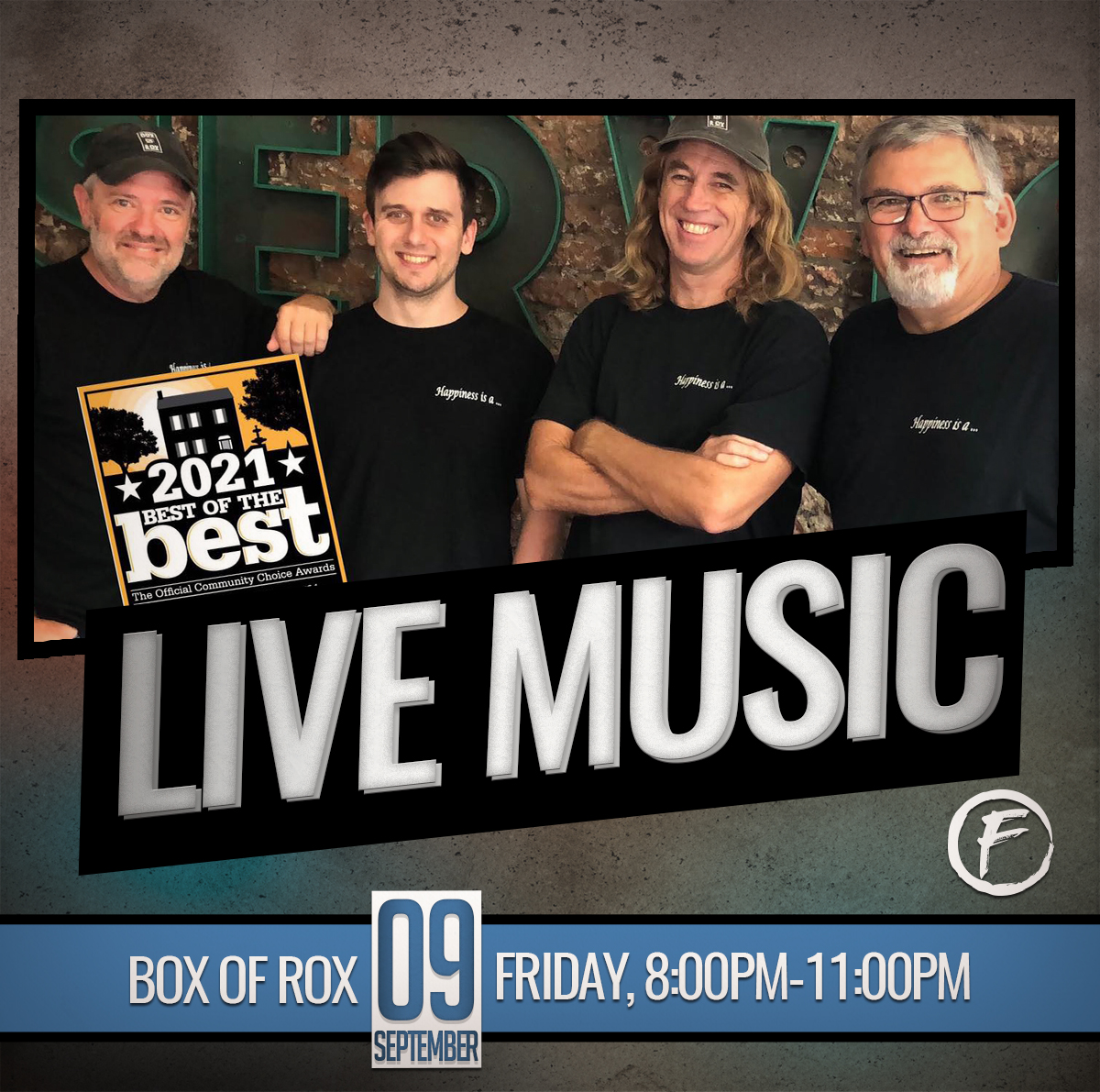 Live Music With Box Of Rox

Box of Rox is a cover band that was formed in August of 2012 and they have been entertaining audiences ever since.  They have played at numerous special events such as the annual Mule Day Celebration in Columbia, TN and also the Mid-South BBQ Festival held every October in Mt Pleasant, TN.

Since 2012, the band has had appearances through out Middle TN, Northern Alabama and even played five gigs in Costa Rica.

The band got its name from a side item listed on the Mt Pleasant Grille menu.  And the name stuck.

Box of Rox has proven to be a fan favorite as they were voted  Best Band of Maury County 2020 in a local contest.