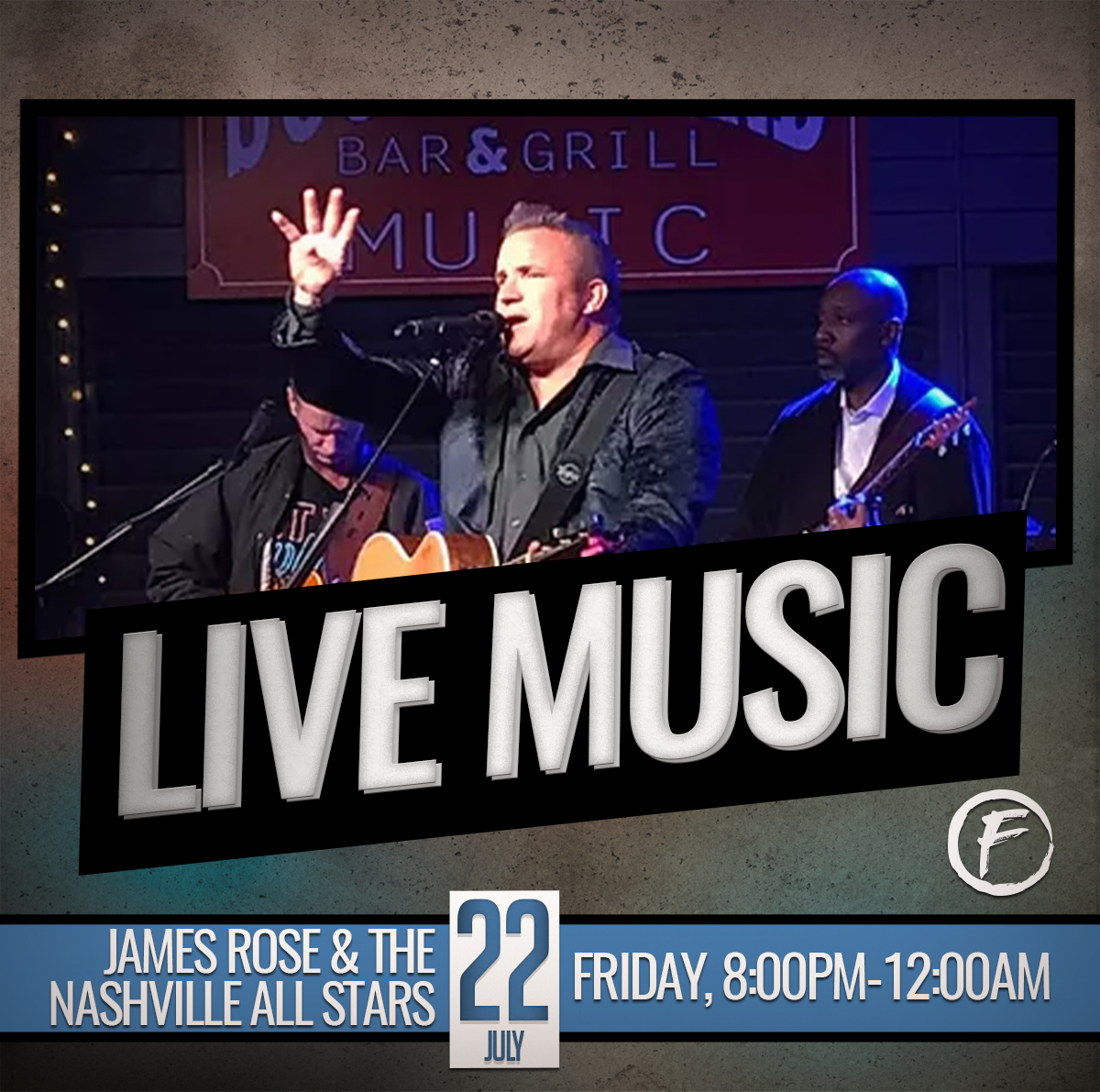 Live Music With James Rose & The Nashville All Stars

Having played over 200 shows a year for the last ten years up down the east coast and throughout the southeast. A mainstay on the S.E.C. College Club Tour every fall has earned James a faithful following of supporters both young and old.

From rowdy drinking songs to the occasional heartfelt ballad James commands the stage with the presence of a seasoned veteran and his high energy show leaves fans at the end of the night knowing that they have just witnessed one of the most promising,  upcoming country artist to hit the Nashville scene in a long time.

In recent years James has shared the stage with the likes of Dierks Bentley, Darius Rucker, Lee Brice, Joe Nichols and Travis Tritt.  Expect much of the same next year as James will once again hit the road playing various dates throughout the United States with the Nashville AllStars.