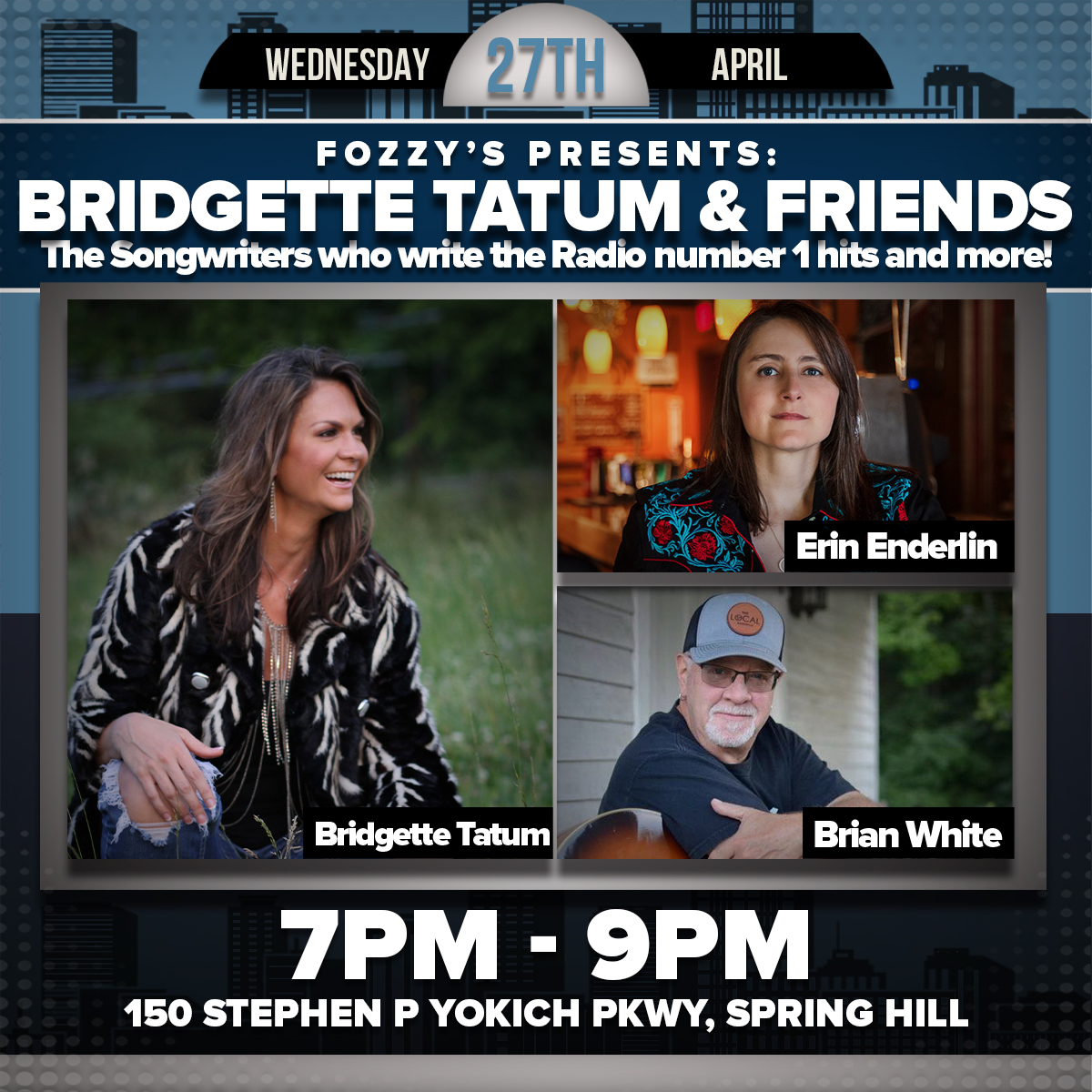 The last few years have been especially busy for singer-songwriter Erin Enderlin. While she first turned heads as a godsend to those aching for an artist with some golden-era country backbone, Enderlin’s acclaimed 2017 record Whiskeytown Crier cemented her as something even more: a literary songwriter and superb vocal stylist with a knack for sharply drawn––and often sad––characters.

She was recently featured as a breakthrough artist in the 2020 American Currents exhibit at the Country Music Hall of Fame and Museum and she has surged to the forefront of new artists rooted in the genre’s rich history. Enderlin is also a go-to writer for stars looking for heavyweight country with classic panache––Alan Jackson’s “Monday Morning Church,” Lee Ann Womack’s “Last Call,” Luke Bryan’s “You Don’t Know Jack” and a host of other songs recorded by Randy Travis, Joey + Rory, Reba McEntire, Terri Clark, Whisperin’ Bill Anderson, Rodney Crowell, and more are all Enderlin-penned.

Recently Erin garnered some high profile fans making Rolling Stone’s Top 20 Country/Americana Albums of the Year in 2019, and in 2020 being featured by Rosanne Cash in her Oxford American Music Issue article and playlist, as well as being interviewed and featured by Elton John on episode #261 “Erin Enderlin” of his Rocket Hour show. 2021 continued to build on Erin’s success with the release of Barroom Mirrors EP, frequent performances on the Opry, and being named Arkansas’ Country Music Entertainer and Writer of the Year.

Brian White is passionate about writing songs. With over 400 cuts to his credit, his work has earned him Sixteen #1’s , 2 Dove Awards, SESAC Song of The Year as well as ACM , CMA and Grammy Nominations. His songs have been recorded by such artist as Rascal Flatts , Trace Adkins, Jason Aldean ( Including Jason’s latest #1 “Blame It On You”) , Gary Allan, Rodney Atkins ( “Watching You” – SESAC & Billboard Song of The Year) The Swon Brothers, Steve Holy, Earl Scruggs, Terri Clark, Kix Brooks, Blackhawk, as well as Canadian and Austrailan Country stars.

Brian is a frequent speaker / worship leader for conferences around the country as well as a featured clinician at songwriting seminars. Married to Christian recording artist Karyn Williams , Brian is often found playing guitar for her on the road as well as sitting behind the console producing records in Nashville. Brian makes his home in Nashville, TN. and writes for Anthem Entertainment Publishing.