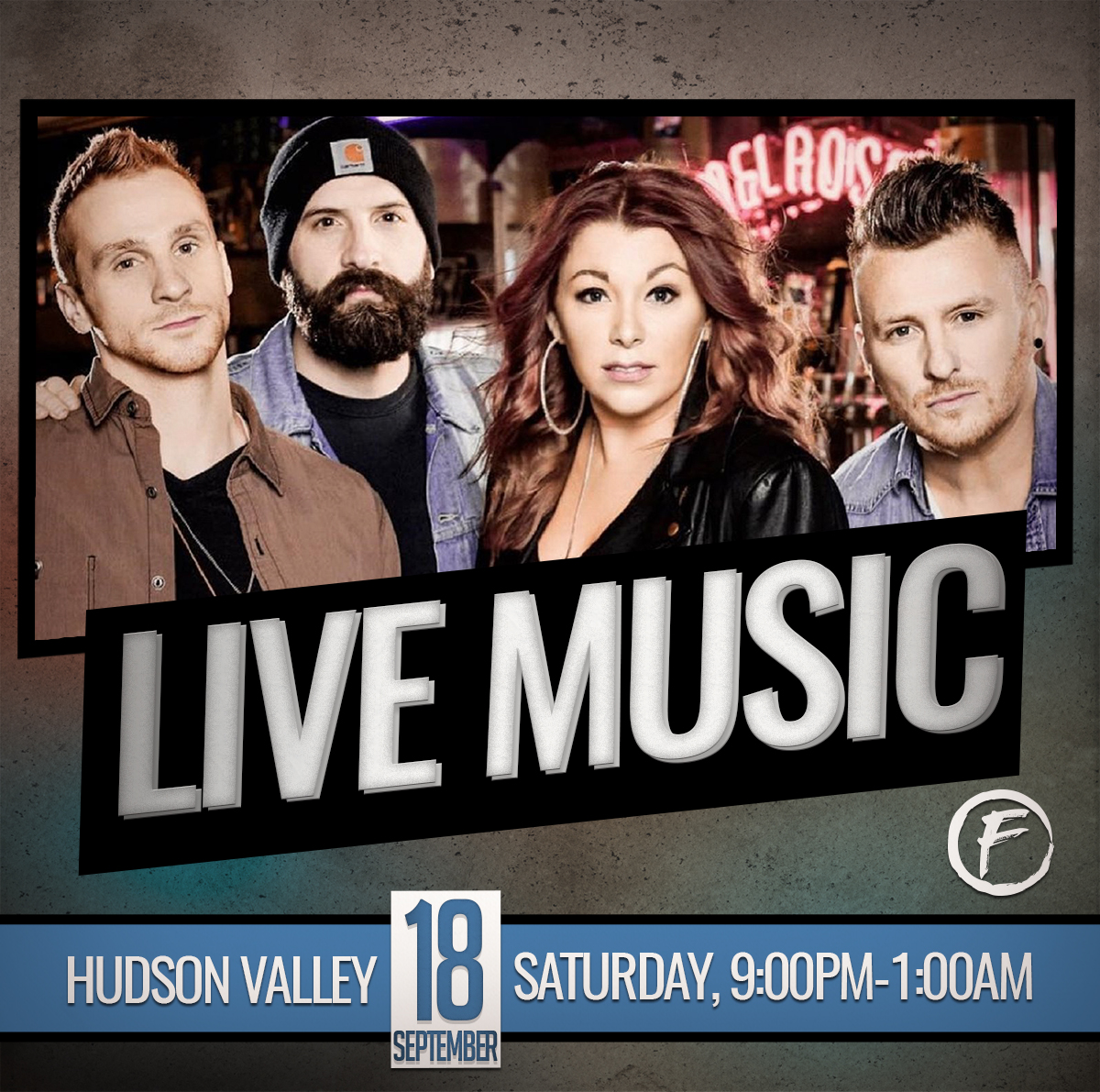 Bio:
Hudson Valley is a female-fronted band rooted in country vocals with a rock-infused sound, delivered with a healthy dash of sass, like only lead singer Sarah Owens can. After landing in Nashville in 2018 from her home state of New York, Owens hit the ground running with a group of musical kindred spirits. With Richie Owens on drums, Andrew Kosek on bass, and Matt Farinelli on guitar, the foursome combined their influences in the rock, punk rock, and country music genres to create a sound that is authentically and uniquely Hudson Valley.

Since its inception in 2018, Hudson Valley has quickly become a Music City staple playing venues such as 3rd and Lindsley, The listening room, and The Bluebird Café. The band has even earned themselves coveted residencies at The Sutler Saloon, The Omni Hotel, and Blake Shelton’s Ole Red. They have graced the infamous Whiskey Jam stage several times as well as appearing on ‘Good Morning Nashville’ WSMV News Channel 5 as their musical guests. In May of 2019, Hudson Valley’s EP “Seven” debuted at #17 on the iTunes Country Album Chart, an achievement they are very proud of.