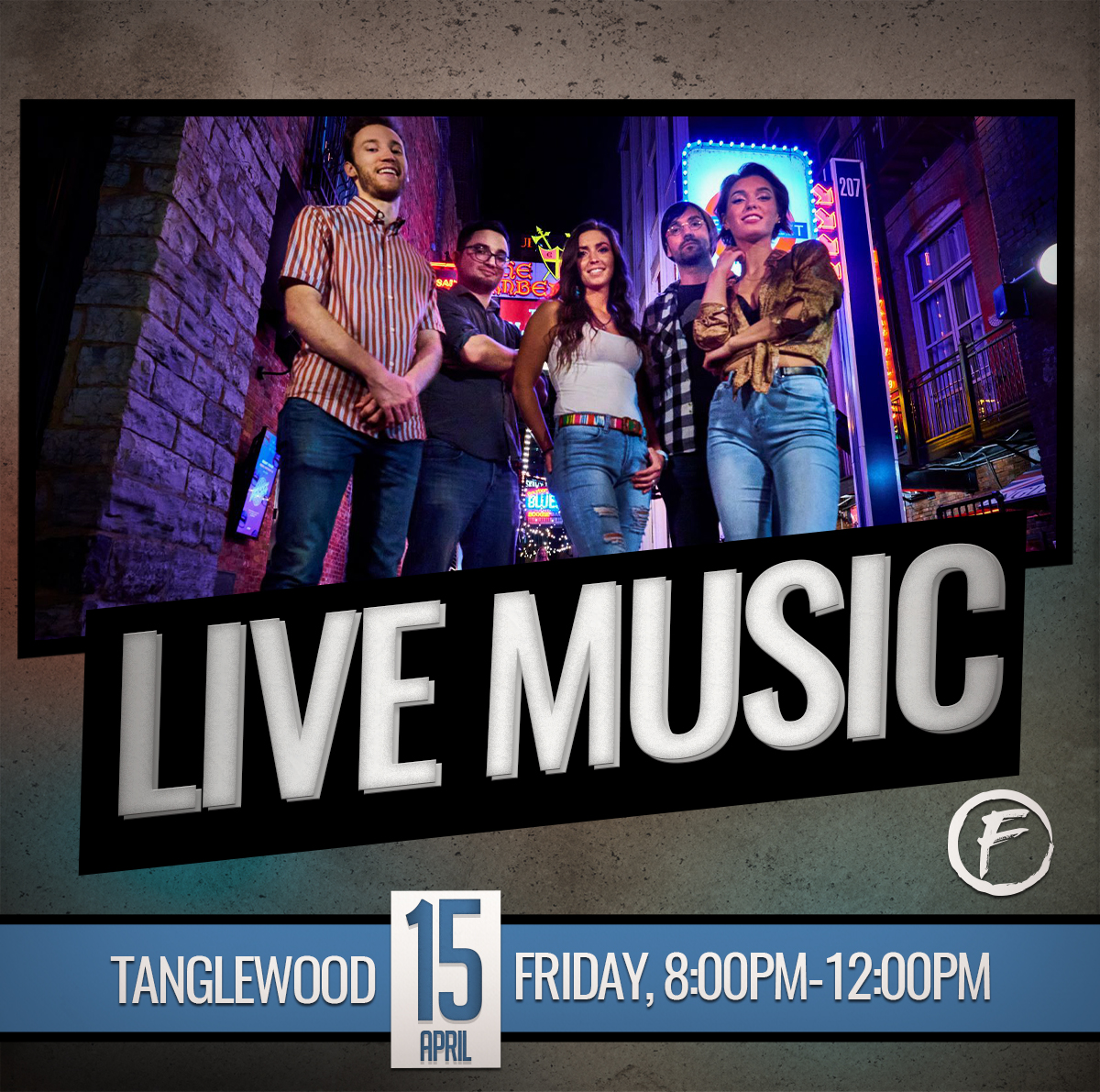 Tanglewood is a high energy band with influences of country, rock and pop, who has called Nashville home since 2019. Each member of the band brings their own unique energy & style to the group that makes Tanglewood one of a kind.

Their leading lady, Victoria Gibson, got her start when she made it to the top 24 on CMT’s ‘Nashville Star’ in 2007, and the final 6 on the same network’s ‘Can You Duet,’ in 2008. Backed by some of Nashville’s finest up and coming musicians with her sister at her side, Tanglewood brings the party with a wide array of covered & original music ranging from classic country to modern pop/rock hits. The band is versatile enough to play songs across many artists and genres including Marren Morris, Brothers Osborne. The Beatles, John Mayer, Fall Out Boy, AC/DC, Kelly Clarkson, Tom Petty, The Killers, Dixie Chicks, Little Big Town, Blake Shelton, Dolly Parton, and Shania Twain to name a few.

This band thrives on stage under the glow of bright lights and roaring applause. With experience playing on some of Music City’s most famous stages, this group of talented musicians are prepared to bring a good time for every crowd that they are given the privilege of performing for. Singing, dancing, and a whole lot of fun are guaranteed anytime Tanglewood is in the building.