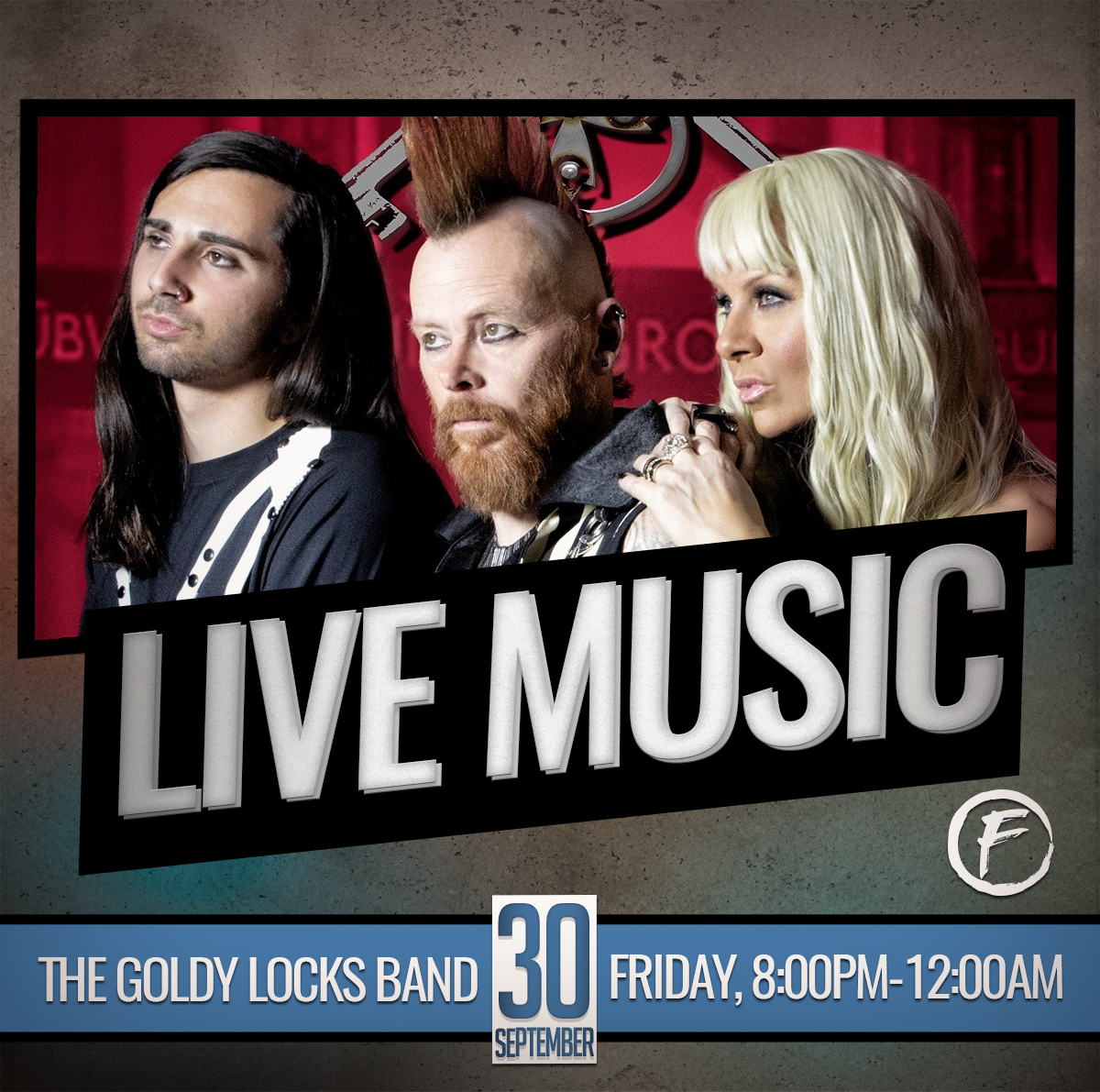 he Goldy lockS Band has an incredible following from Goldy’s years as the original cast of TNA IMPACT professional wrestling. Frontwoman Goldy, is currently on TLC’s new show, “Call In The Cheapskates” also seen for years on TLC’s “Cheapskates” and CMT’s “Running Wild From Ted Nugent”. The GLB has an amazing interactive show where they get the crowd hyped and INVOLVED using Goldy’s years of pro wrestling experience with large crowds & incredible musicians sharing on stage holding it all down to make people happy and keeping the patrons in the venue. Goldy has a popular column in the Los Angeles Tribune, “Goldy’s Corner” as well as a Podcast on Vince Russo from the WWE’s platform, “Goldy’s Closet.”
The Goldy lockS Band has had 2 Billboard #1 & #2 hits on the Billboard Charts. They continue to get all their Rock’N Roll & pro wrestling legendary friends to be in music videos with a purpose. They focus on suicide, domestic violence, child abuse prevention, mental health awareness, & cancer prevention with their foundation www.ICANcer.Life.

This band loves people, entertaining, and making a difference. They continue to open for some of the biggest names in music: The Bret Michael’s Band, Saliva, Sevendust, Nickelback, 3 Doors Down, One Republic, Collective Soul, Stevie Nicks, Pink, Pat Benatar, Maroon 5, & Ted Nugent to name a few.